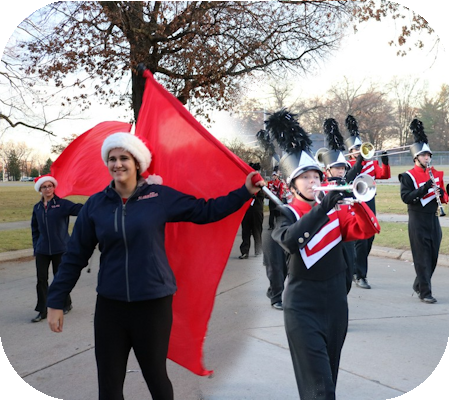 The Livonia Franklin Marching Patriots serves approximately
65 to 75 Franklin High School students from all areas of the
music program.

With the help of their devoted director Kristi Jasin, the dedicated members of the Marching Patriots, work through the summer to create an amazing show for which they have continuously earned first division ratings at the Michigan Competing Band Association competitions. Traditionally the Marching Patriots end their season at the MCBA State Finals Competition at Ford Field.